While my professional CV lists all of my education and work experience, so much of the work that consumes my time and energy is left out, as much of my writing remains unpublished or unproduced, or it simply is not pertinent to the jobs for which I am applying. In short, it is an incomplete reflection of who I am. That in mind, I thought I'd offer a reverse timeline of some of the creative projects that I've completed over the years, along with brief descriptions of the works themselves:

Dummy (2022) - feature-length screenplay, horror-comedy about an evil ventriloquist dummy who seeks to control the world.

The Adventures of Rocko and Socko: The Land of the Missing Socks (2020) - children's book, currently in development with a very talented illustrator.

Galápagos (2020) - children's book, adaptation of my original screenplay by the same name, currently in development with another very talented illustrator.

Pulse (2020) - literary novel that follows four interwoven storylines through a single day in America when everything changes, the result of an EMP bomb exploding in the upper atmosphere.

Ticonderoga! (2019) - feature-length screenplay, historical comedy about the time that Benedict Arnold and Ethan Allen won a decisive battle in the early days of the American Revolution without even firing a single shot.

Galápagos (2019) - feature-length screenplay, animated family film about a giant tortoise named Darwin who is in a race against time to save his family from extinction.

Snow Birds (2018) - feature-length screenplay, animated family film about a mismatched group of migratory birds who fly north for the summer, where they find their habitat being destroyed by a petroleum company.

Subzero (2018) - feature-length screenplay, sci-fi/action/comedy about a scientist who goes to Antarctica for the long dark of winter, where she discovers a hidden world beneath the ice.

Film Comedy and the American Dream (2017) - dissertation/adapted into a scholarly monograph, explores the relationships between popular comedic films and the American audiences that consumed them from the end of World War II through the 2016 US presidential election.

The Common Man (2012) - feature-length screenplay, biopic about Henry A. Wallace (FDR's Sec. of Agriculture, then his VP during WWII) that traces his unlikely rise and tumultuous fall in American politics.

Moneymakers (2011) - feature-length screenplay, crime drama about two amateur counterfeiters who quickly get in way over their heads on both sides of the law.

Return to Sender (2010) - feature-length screenplay, romantic comedy about a lonely man who travels to Eastern Europe to meet his online bride, where he gets caught up in an extortion scheme and a revolution.

Erosion (2004) - feature-length screenplay, psychological thriller about a man who gets shot in the head and then wakes up in a mental hospital with little recollection of who he is or how he got there.

The Good Life (2002) - feature-length screenplay, broad comedy about a small-town loser who falls in with the local mob.

If you are a producer or publisher, etc. who would like to know more about any of these projects, please feel free to send me an email at this link.

By Zach Sands, PhD at January 26, 2021
Email ThisBlogThis!Share to TwitterShare to FacebookShare to Pinterest 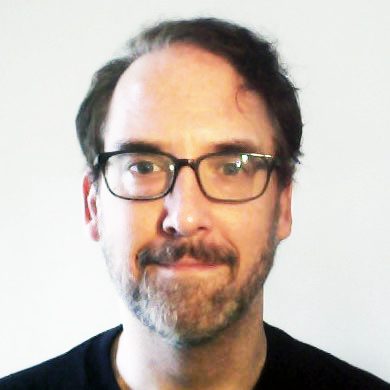 Links to my work: